Welcome to the Canton Magicrafters!

We hope that you will enjoy the Canton Magicrafters. We have been around for many, many years and support all aspects of magic and the allied arts. We are an affiliated I.B.M. Ring (#243 / Roth – Mills Ring).

Our club is constantly growing with talent of all ages, both old and young. Our membership is made up of much of the surrounding area, including Canton, Massillon, Alliance, Akron, Louisville, Dover, North Canton, and many more.

The Canton Magicrafters are behind fund raisers and programs that support both our own club and the community. The club boasts of having the largest magic auction in the United States every year as well as fund raising magic shows, and family events such as banquets and picnics.

We maintain our own video library and schedule magic lectures by well known magicians on a regular basis. Throw in monthly meetings, news letters, a great web page, and a whole lot of fun along the way and that’s what the Canton Magicrafters are all about. It’s a great place for the old to share knowledge with the young, and the young to share their enthusiasm with the old.

If there are any questions, please feel free to ask myself or any other member, as we will all be glad to help in any way we can. So why not put a little magic into your life, and come on out to the meetings, participate, and become a member?

You can come to three meetings before you have to decide whether you want to join or not. If you decide to join, we will arrange a small initiation show for you the following month. At that time you will be voted upon by the other members. I hope to see you there!

The History of the Canton Magicrafters

The Canton Magicrafters were organized on April 17, 1920 (before IBM) by a group of 20 magicians from Canton Ohio to further the art of magic and the allied arts in Canton Ohio and the surrounding area. The club disbanded and was later reformed in 1960. The first new meeting hosted 10 magicians. The Canton Magicrafters, as we are called now, quickly grew to 26 members and became a chartered I.B.M. Ring, # 243, on April 15, 1977. We now boast a membership of more than 30 magicians of all ages, styles, abilities, and skill levels from all over Stark County and beyond. Monthly meeting, banquets and shows, auctions, picnics, club library, road trips, lectures, and much more are just a few of the things the Canton Magicrafters have to offer their members. The Canton Magicrafters have a proud history of serving the magic community in Stark County for many years, and we hope to continue for many more.

Congratulations To Nick Eaton for becoming the first winner of the Canton Magicrafters Wand by winning both the close up contest and the stage contest at the 2019 International Battle of Magicians. This wand was hand made by our treasurer, Mike Salvino, out of Brazilian Blood wood. 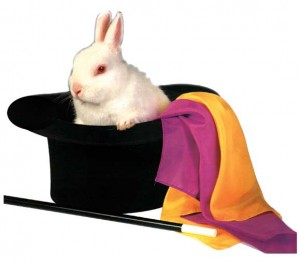